In recent years, the negative impacts of global warming have become more realized.

This presents a harsh reality for retailers who, in addition to striving to reduce emissions, will also need to implement an action plan for operating in extreme climate conditions.

Using EDITED data, this report measures how assortments are impacted and the changes to action.

Get in touch for a free demo to see how EDITED can transform your business today.

The El Niño–Southern Oscillation (ENSO) is one of the most critical climate phenomena as it can change the global atmospheric circulation, influencing temperatures and rainfall. It can be in three states: El Niño, the warming phase; La Niña, the cooling phase and neutral, where sea surface temperatures are close to average.

Meteorologists have predicted a third consecutive year of La Niña this winter, dubbed a “triple-dip.” If it continues into next year, the US could see worsening drought conditions, an increased fire risk and a dry winter in the southwest, while the north might experience cold and stormy weather. In Australia, La Niña’s forecast spring arrival will spell three months of heavy rain across the east, which is already experiencing severe flooding. In the UK, cold conditions for winter are expected to intensify. 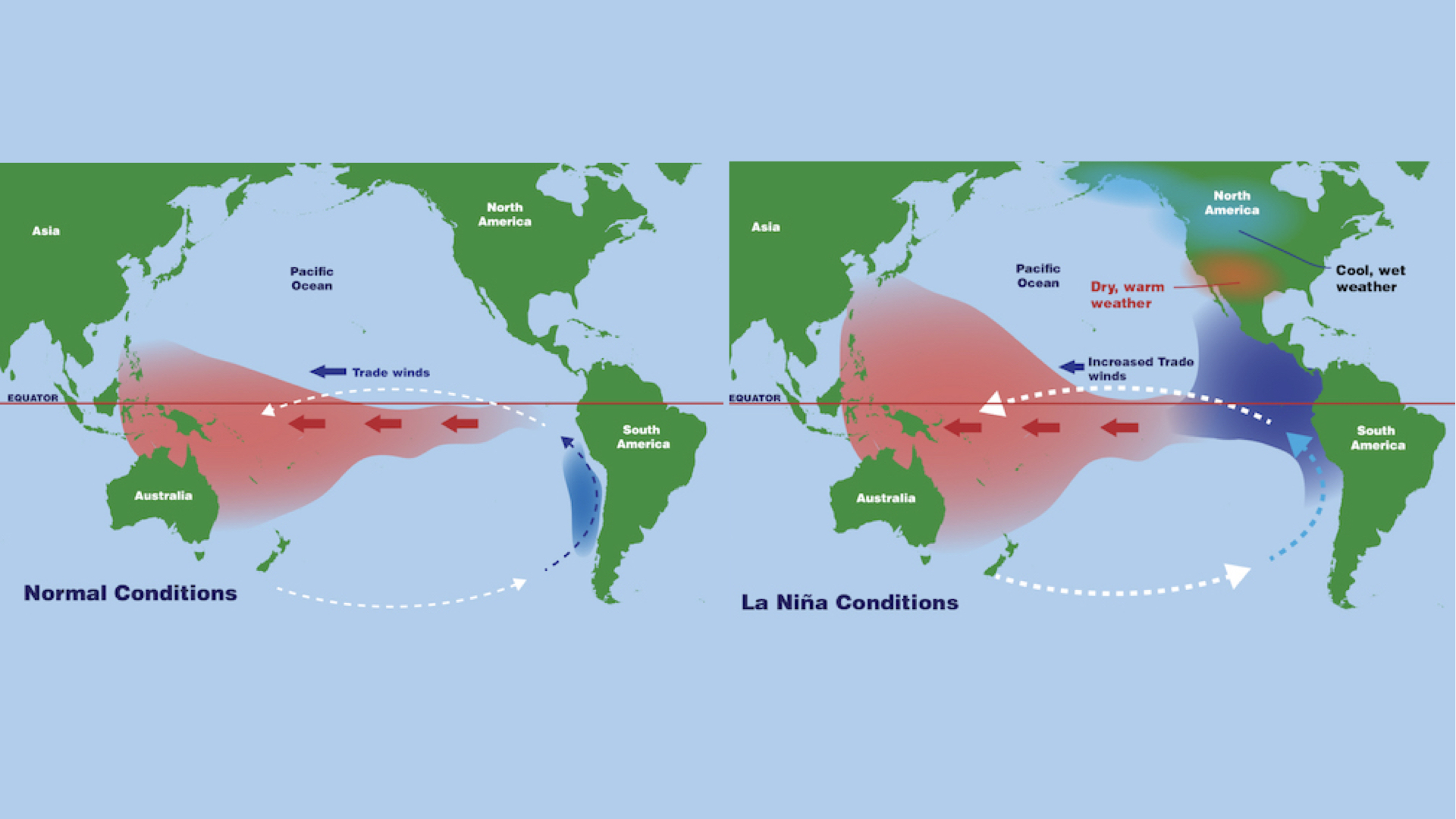 This summer, the UK endured a severe heatwave as temperatures reached a record 40C (104F), resulting in the Health Security Agency issuing its first ever level four heat-health alert. During this time, there were droughts and wildfires around the country, which led to an increase in hospitalizations and the disruption of public transport disruption.

A study by World Weather Attribution stated that the heatwave was made at least ten times more likely because of human-caused climate change. As temperatures rose, a clip of a GB News meteorologist warning skeptical anchors of the severity of the heatwave went viral, accruing 1.2 million views on Twitter as Netizens were quick to point out the life-imitating-art parallels with the film Don’t Look Up.

The ideal time for Northern Hemisphere retailers to drop swimwear has been identified as being early March and late April. However, as summers grow hotter, there is an opportunity to tweak assortments to ensure product availability closer to season, in order to maximize full price selling. This approach to seasonality was suggested at the height of COVID as retailers were urged to rewire the fashion calendar, a notion that has since been abandoned.

Pent-up demand for vacations led to swimwear experiencing strong sell outs year round, spiking in July in line with temperatures. On Instagram, ThisMerchLife shared customer sentiments that by the time heatwaves hit, limited swimwear was available, key sizes had sold out and seasonal products had been prematurely discounted. Meanwhile, retailers promoted cold weather apparel as the bulk of new season outerwear landed the same week as swimwear sell outs reached their peak. 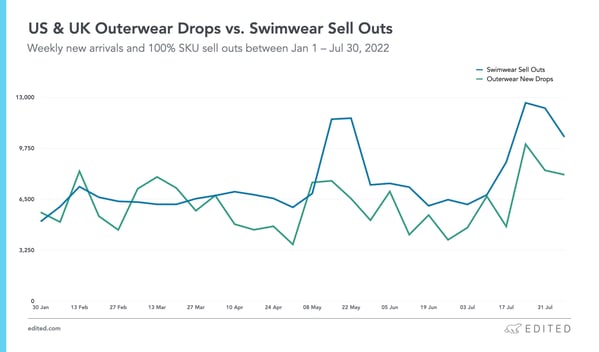 The unusually warm weather is already proving detrimental to Pre-Fall 2022 ranges. 66% of UK outerwear that arrived since June has already been reduced, with an average discount of 41%, while in the US, 53% is marked down at an average rate of 43%. This is a stark contrast to the proportion of discounts taken this time last year when only 9% of UK and 12% of US new outerwear was marked down. 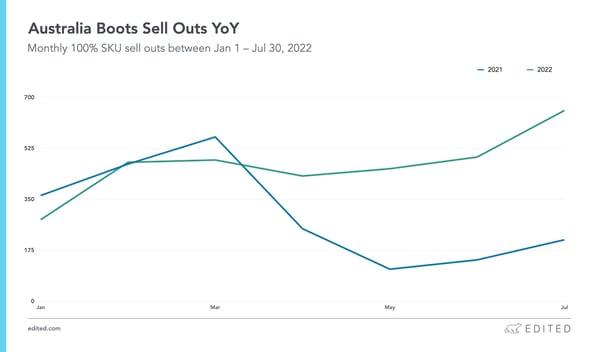 Meanwhile, the reverse seasons in Australia result in fall/winter products traditionally dropping between January and March when it is still warm, influencing Q1 sales. As the region continues to be plagued by wet weather, sell out patterns are changing. While early deliveries are necessary to introduce newness into ranges and stay competitive, product flow should be reserved for when the demand for seasonal products happens, especially as climate change could make La Niña-like conditions more frequent. 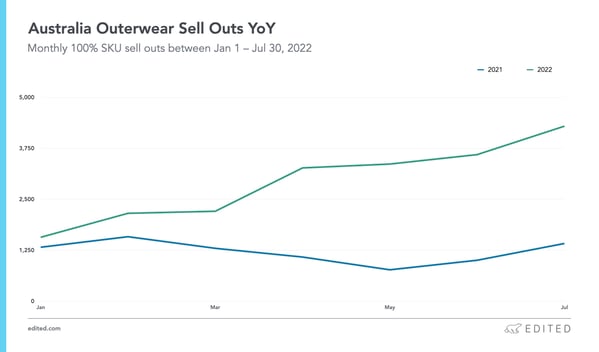 The Impact on Sell Outs

New dresses selling out between May and July surged 106% YoY, with cotton midis and maxis resonating with overheated Americans. Despite the warm weather, trousers outsold skirts and shorts for womenswear, making up 28% of bottoms sell outs vs. 16% a year ago. Interest in linen trousers, wide-leg silhouettes and cargos supported this growth. Shorts were the top selling style for the men’s bottoms category, accounting for over half of sell outs. 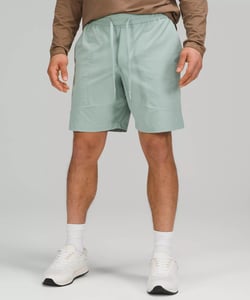 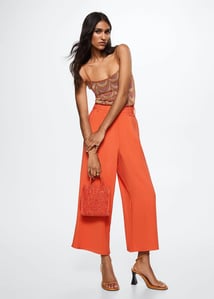 Dresses maintained their position from last year as the top selling women’s category for UK retailers over the high summer period. For menswear, accessories jumped to second place behind tops, up from third in 2021, with sell outs fueled by new summer hats and sunglasses. The heatwave also boosted demand for women’s sandals, which experienced a 228% increase in market-wide sell outs YoY. 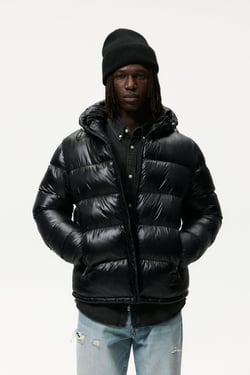 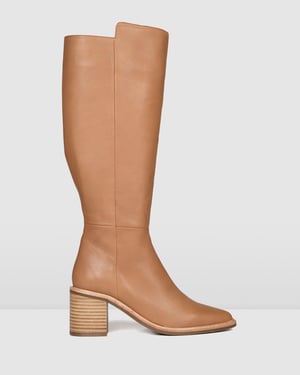 Images via Zara & Jo Mercer at The Iconic

Heat regulating apparel will become even more important to your consumer as temperatures fluctuate and energy bills rise. These items are prevalent within sportswear, yet lacking when it comes to everyday garments. Of the products in stock, 57% are described as having moisture-wicking properties, and 63% of waterproof styles sit within activewear.

With absorbent qualities common in tailored shirts, tops make up 55% of moisture-wicking options suggesting room to explore cooling materials for less-invested in categories over summer, like sleepwear. Consider lightweight, porous materials such as bamboo and micromodal. Due to demand for Gorpcore, water-repellent properties are commonplace within outerwear, making a case to extend this finish to bottoms and tops.

To remain reactive within the ever-changing retail landscape, businesses look to EDITED for curated data-driven content. Sign up to our weekly Insider Briefing for more stories like this featuring real-time retail analytics.

Tue Aug 30 , 2022
Use these STEPS, but don’t trip: Define: 1) Target Market & 2) Ideal Customer, 3) Learn More I’Cust, 4) ID their Pain Points, 5) Attracting !!! Conclusion. Your #1 Goal as an entrepreneur is always to work on attracting new Customers to your business. That’s how your business survives & grows. You can […] 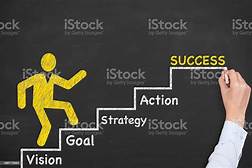